Meta F.DAO, a project promoted by the world’s top investment institution A16z, has announced in the community that its governance token FD will be officially launched on PancakeSwap at 20:13 (UTC+8) on June 11th for trading. At that time, users can freely exchange the FD airdrops obtained through the PancakeSwap liquidity pool or participate in PoS pledge mining. At this point, the most striking DAO innovative business model of 2022 is about to kick off. 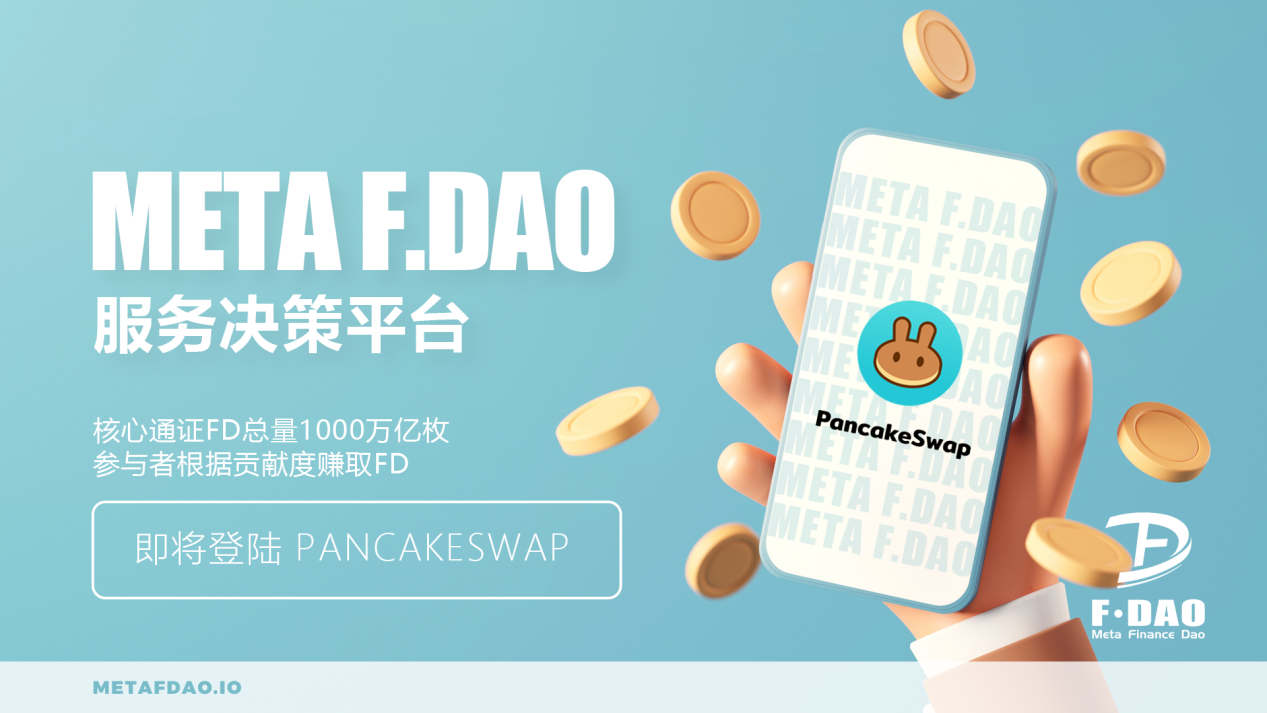 It is reported that Meta F.DAO is a DAO ecological project promoted and strategically invested by A16z, the world’s top investment institution. It is a decentralized service decision-making platform developed based on the underlying public chain of BSC. It provides a secure and efficient smart contract engine and multiple language development tools based on the safely executable contract of the protocol layer. Recently, Meta F.DAO is launching a series of major positive activities in the community, and its global FD airdrop users have shown an unexpected growth trend.

FD is the governance token of Meta F.DAO. It is issued based on the BSC chain and represents the ecological value of Meta F.DAO. It is used to coordinate all DAO activities and distribute to active community members. The total issuance of FD is 1,000 trillion, of which 75% (750 trillion) are airdrops to global users; 10% (100 trillion) are pre-public offerings, which are locked in a linear release state; 5% (50 trillion) participate in the early stage The PancakeSwap liquidity pool is in circulation; the remaining 10% (100 trillion) is the ecological application pool. FD is locked in the early stage and will be used in the Meta F.DAO ecosystem, including DeFi, Metaverse, NFT, and the circulation application of chain games. At the same time, FD, as a governance token, can be voted by DAO to determine the use and expenditure of funds. 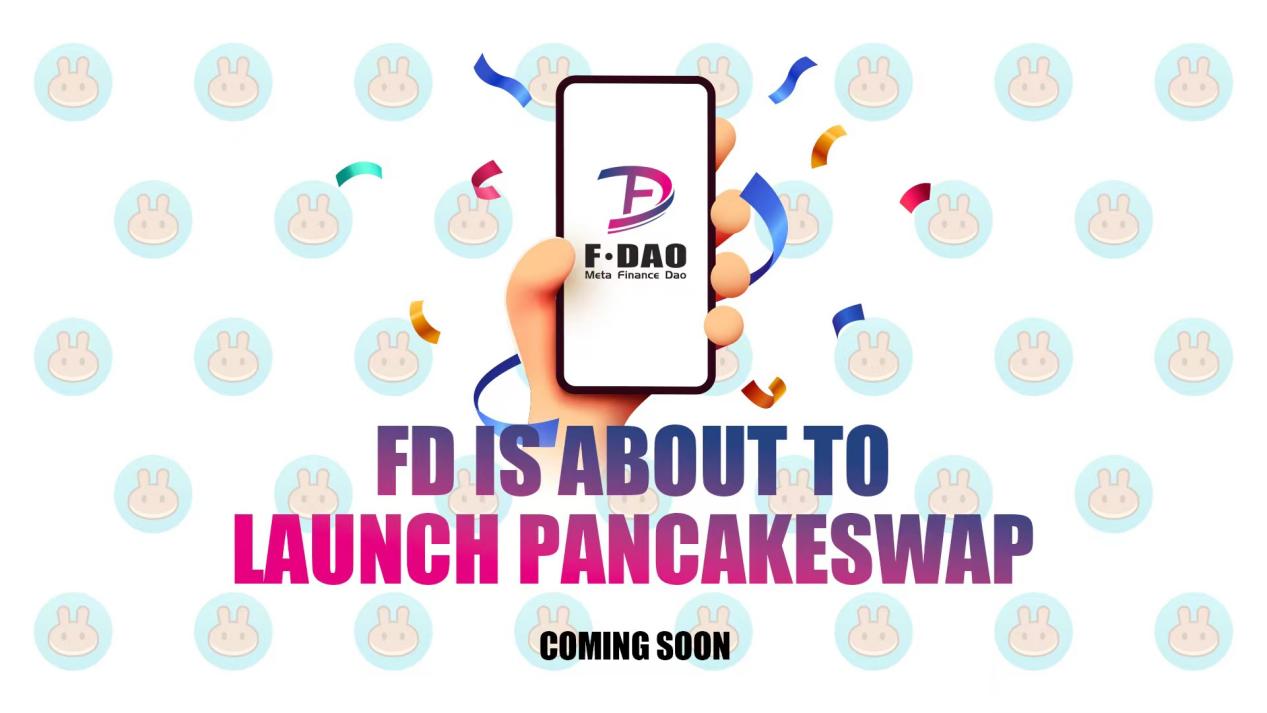 It is worth mentioning that since the launch of Meta F.DAO in April, the number of community users has increased rapidly, which once attracted the attention and capital injection of the world’s top investment institution A16z . As of June 9, the number of valid addresses of Meta F.DAO governance token FD has exceeded 30,000, and the number of global communities has exceeded 50. Recently, the Southeast Asian 10,000-person team “Rice Association” also announced its full participation in Meta F.DAO, and simultaneously launched the FD ecological publicity conference in the Southeast Asian market and more ecological peripheral activities, and continued to expand Meta F.DAO ‘s local community. Influence.

Southeast Asia includes a total of 11 countries: Vietnam, Laos, Cambodia, Thailand, Myanmar, Malaysia, Singapore, Indonesia, Brunei, the Philippines and Timor-Leste. It is the region where blockchain has landed and grown the fastest in recent years. The “Rice Association” is based on the Southeast Asian market, and has a strong community foundation and blockchain development experience in the region. “Rice Guild” has fully joined Meta F.DAO, which has undoubtedly laid a solid foundation for its expansion and growth in the Southeast Asian market.

With the dual support of the capital and the community of the mainstream investment institution A16z and the Southeast Asian 10,000-person team “Rice Association”, the Meta F.DAO governance token FD will have more room for imagination to launch PancakeSwap. It is reported that after the launch , Meta F.DAO provides 5% (50 trillion) FD participates in the circulation of the early liquidity pool, and the market value is relatively small. All users can freely complete the conversion of value in the open and transparent environment of the decentralized exchange (DEX), without any organization And individual restrictions, to maximize the absolute fairness of rights. In addition, the community has also prepared a series of ecological-level favorable activities, and continues to increase the effective holding addresses of FD. 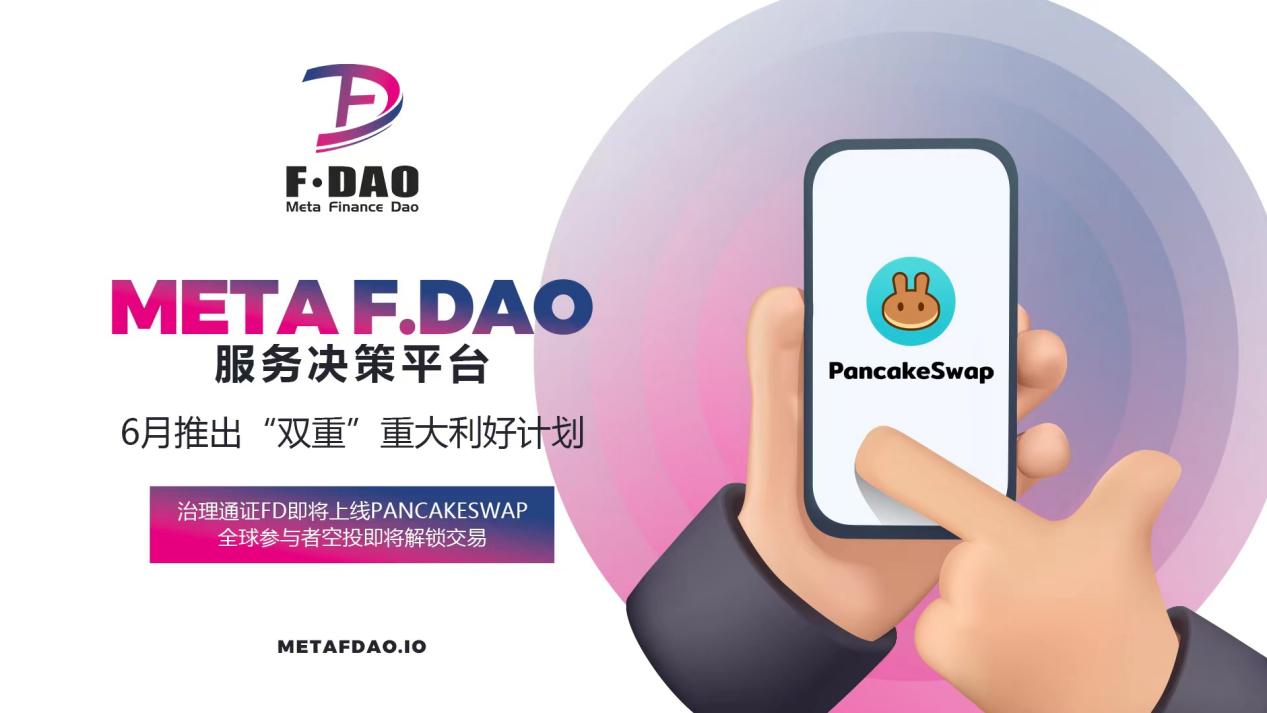 With the improvement of the ecological layout of Meta F.DAO, its value will surely be deposited on FD, and will eventually be returned to all FD holders. This is a great social experiment about “going to zero”, and it is also a great financial experiment of decentralized self-organization and decision-making. Its future value enhancement potential is worth looking forward to!