Although the current Web3.0 seems to be an abstract concept, by comparing the era of Web3.0 and Web2.0, we can clearly see that the core point of Web3.0 is to solve the problem of who the data belongs to. Realize the epoch-making upgrade of “my data is my master”. The ownership and control of the digital content created by the user belong to the user, and the value created by the user can be distributed by signing an agreement with others at the user’s discretion. In this case, digital content is not only simple data, but the user’s digital assets, which can be fully guaranteed.

Just as the PC Internet began with the popularization of the Windows system, and the development of the mobile Internet began with the popularization of smart terminals such as the iPhone and operating systems such as iOS and Android, infrastructure is a necessary condition for the prosperity and development of an industry. Based on the underlying architecture of Web3.0, Cakepan has laid out the Web3.0 infrastructure of the new digital bank + Web3 aggregation platform.

Cakepan is a financial platform built on the BSC smart chain. Its core is a decentralized liquidity settlement protocol, which can provide users with a decentralized spot trading and digital asset asset management value-added platform. In addition, financial services such as decentralized investment advisors will be gradually implemented to provide users and various financial practitioners with rich financial scenarios. Cakepan has innovatively designed a liquidity incentive model. Users can mine liquidity through the Cakepan platform, and use the automatic market maker mechanism to add liquidity to the platform, creating a revenue farm on the Binance Smart Chain. Cakepan will build a rich decentralized financial ecosystem and become a competitive new digital bank + Web3 aggregation platform.

Cakepan platform governance token Web3, with a total issuance of 100 billion. The Cakepan network produces a block every 3 seconds, producing 57.6 million Web3 in 24 hours. Cakepan distributes value through Web3 and NFT, and users enjoy DAO governance rights and revenue rights. Web3 tokens and NFTs can also be circulated in DeFi. The Web3 that users generate 3% of the cost in the CAKEPAN platform will enter the black hole address and be destroyed. Mining withdrawals and transaction slippage will also enter the NFT game pool and LP liquidity pool respectively, giving Web3 a strong deflationary currency attribute, and eventually deflation to 1 million. 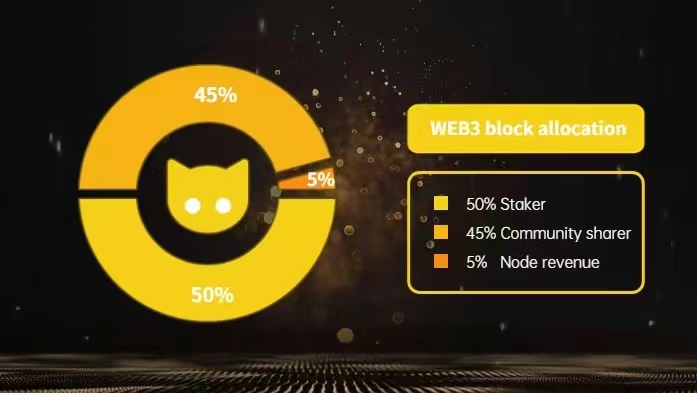 When the NFT sector meets the condition that the number of CAKE pledges reaches 500,000, the NFT mining sector will be opened, and NFT will be issued to increase user mining revenue and the NFT game ecological chain. Users can upgrade their membership by staking Web3, and the membership has the right to pledge CAKE to obtain NFT. NFT owners further own the proceeds of Cakepan financial transactions. 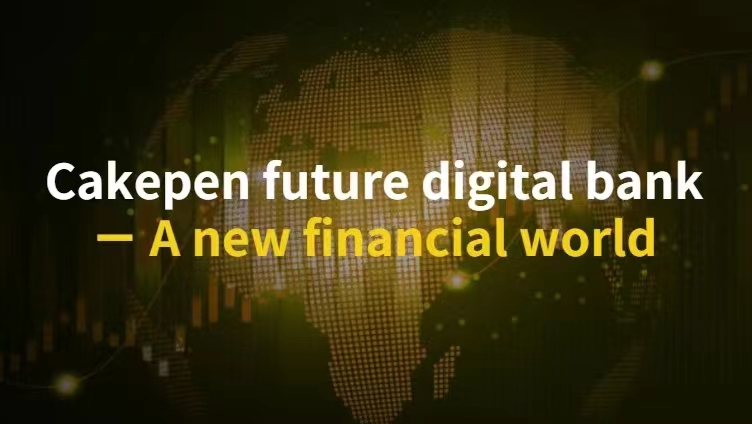 Cakepan is attracting a large number of “traditional” Internet elites, and is actively polishing game products to prepare for the opening of the GameFi ecosystem. The Cakepan GameFi ecosystem will be an incubation DAO, using part of the Web3 produced by mining to establish the Cakepan Game Fund. Focus on cultivating the game user community and promoting the development of the GameFi project. So far, Cakepan GameFi ecosystem has reserved more than ten high-quality Play to Earn projects including NFT card games, guessing games, horse racing games, and racing games.

The breakthrough of Web3.0 must rely on rich applications. Cakepan’s Web3.0 infrastructure is in its infancy. With the gradual improvement of the overall ecology, the Web3.0 era will come sooner rather than later.