The organization is thunderous, the bad news is all over the sky, and the encryption myth is covered with dark clouds. In such a dark moment, will you choose to leave in the dark, or wait patiently for the dawn? Behind the noise, maybe we need more time to think about the power of trends and layout tickets to the future.

Usually, the market crash will drive almost all sectors into mud and sand. However, according to the latest DappRadar and BGA Games reports, blockchain game activities reached a record high in April. Even though it declined in May, the number of blockchain Dapps connected by independent active wallets (UAW) was still 2.22 million every day, which was 32% higher than last May. Such brilliant achievements are enough to give all blockchain game practitioners and players a shot in the arm.

Undeniably, the bear market with low popularity has set hell-level survival difficulty for the industry. If the blockchain game project does not have enough strength, it is an inevitable outcome to be eliminated. So, what should a project with long-term value look like? We take the latest online mecha game Mecha Master as an example. Based on the BNB chain, Mecha Master is the first decentralized mecha game based on metaverse’s underlying architecture. The concept of the game comes from Star Wars. In addition to drawing a lot of lessons from the setting and playing methods of a series of classic sci-fi movies in the game, the game mechanism is seamlessly integrated with the three elements of GameFi, Defi, and NFT, and it is committed to truly realizing the brand-new mode of “Stake-N-Play” (stake NFT to play freely), creating a steady stream of benefits for players.

Among the Mecha Master, the core assets are governance token MCA and mecha NFT. In view of these two ecological assets, the team carefully designed the circulation model, and constantly empowered and improved their respective values through continuous landing.

The total supply of the governance token MCA is 5 million, of which 96% is used for mecha battlefield (mining) and initial mecha base(liquidity), and 3% is used for mecha headquarters and Genesis alliances, which is released linearly in 6 months, and the team share only accounts for 1%, which fundamentally eliminates the possibility that the team monopolizes tokens and maliciously sells them. In terms of MCA output, according to the block output rules, the activate combat power of 300,000 and the MCA output will change accordingly with the actual combat power range of the entire network. The rules are as follows:

The initial mint quantity of mecha NFT is only 150 pieces, and the team will decide whether to increase or decrease the casting quantity by 10% every other day according to the daily casting quantity. This adjustment mechanism can also balance the market supply and demand to a certain extent and keep the NFT market price stable.

Achieve ecological recycling and continue to create benefits for players

When players minting Mecha NFT need to hold a certain number of MCA. At present, the official minting price is 525U/MCA, but interestingly, for each mint, the MCA worth 200U will be destroyed directly, which means that the total amount of MCA will continue to deflate, which is conducive to driving value-added.

The Mecha NFTs in Mecha Master are divided into three races: Terran, Alien, and Mecha. There is a restrained relationship among these three races, as follows: 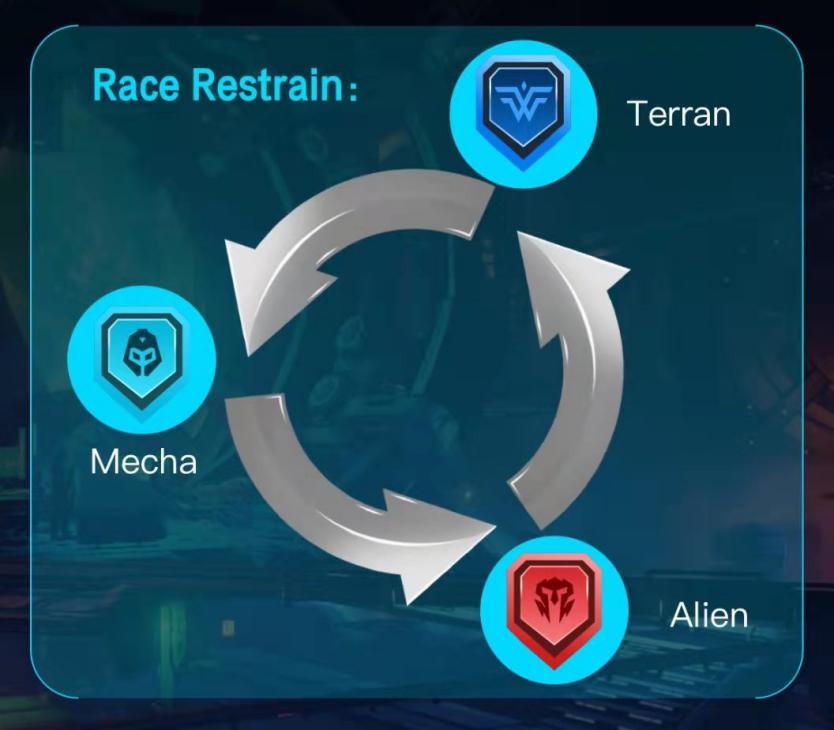 At present, the official website has opened the blind box of Mecha NFTs for sale. Each blind box is randomly assigned a race character NFT in the Mecha Master game, and the basic combat power ranges from 800 to 1200. After buying the blind box, the player gets the mecha NFT out of the box. To maximize the profit, the holder can participate in multiple games such as the NFT staking, synthesis, and battle on the mecha battlefield. As the largest mining pool of MCA, Mecha Battlefield has a total allocation of 3.8 million MCA, which is one of the fairest and richest revenue sources for players who holding Mecha NFT. Simply put, players stake NFT to get an MCA reward and can get 100% harvest after 7 days. Significantly different from other projects, players of Mecha Master can redeem rewards or Mecha NFT at any time, which fully guarantees the liquidity and transparency of players’ NFT assets.

Of course, in addition to the flexibility of saving and taking, the staked mecha NFT can also participate in mecha wars and get MCA rewards. A rich game mechanism not only increases the interest in the game itself but also improves the income of players. In the battle, the mecha NFT of different players will match randomly, PK each other according to the combat power and race, and finally decide the winner in a totally fair way according to the combat power. 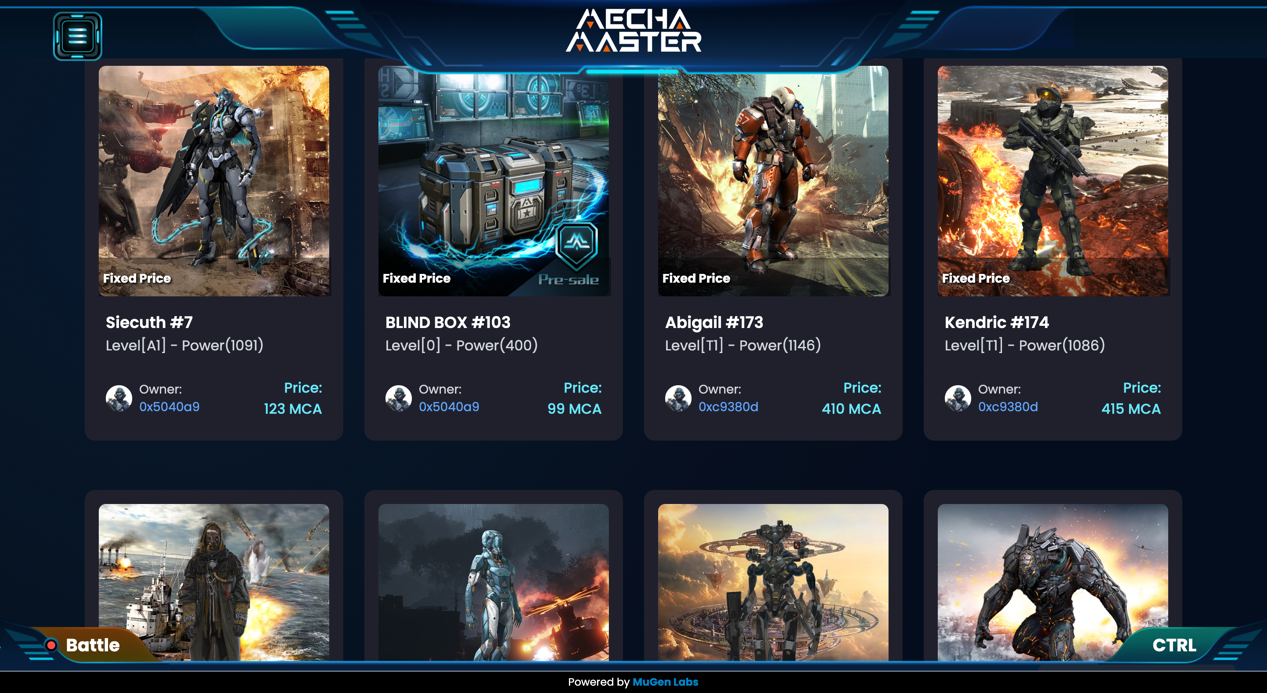 From the perspective of economic model design, Mecha Master comprehensively considered the needs and circulation of the whole ecological development in different links. Whether using MCA to purchase NFT, or using NFT to participate in stake and synthesis, etc., the actual value of MCA and NFT is given to the greatest extent, and the deflation destruction mechanism is skillfully added in these key links, to achieve stability between output and market flow and promote the price increase of these two core assets.

At the same time, MCA and Mecha NFT complement each other to realize positive circulation. NFT minting cannot be separated from MCA and promotes the burning of the total amount of MCA, which drives up the price. If you want to get a scarcer MCA, you must hold NFT before you can produce it, to create a sustainable ecology for Mecha Master.

Since its launch in mid-June, the community of machine warfare elites is expanding rapidly, and the number of Twitter and Telegraph communities has rapidly exceeded 10,000. From a series of exposures, the team is actively cooperating and negotiating with some well-known game guilds and communities, and the market feedback is still good.

As a “Stake-N-Play game” integrating NFT + GameFi + Defi new mode, Mecha Master expects it to break the pain points of current blockchain games so that players can truly experience the fun of earning while playing!