On April 1, 2017, with the official listing of Xi’an High-tech Functional Zone, an all-round, three-dimensional and systematic reform and exploration was launched on this open fertile land, and a wider, wider and deeper foreign exchange was launched. Opening up has set off a new wave of reform and opening up.

Fruitful results in the “experimental field”

On March 31, the construction site of Hollysys Northwest Headquarters Base project was full of tower cranes, and the slings rose and fell. Long Yufan, the public affairs manager of Hollysys, said: “In September next year, more than 1,200 people from our company will all move here to work.”

In 2011, Hollysys Technology Group Co., Ltd. (hereinafter referred to as “Helixus”) registered and established Xi’an Hollysys System Engineering Co., Ltd. in Xi’an High-tech Zone, mainly responsible for the company’s domestic and foreign transportation automation, industrial automation, intelligent manufacturing, intelligent factory , industrial cloud platform and many other industrial projects, product development, testing and testing tasks. After ten years of development, the company’s business has increased rapidly, and a single R&D and production organization has been unable to meet the demand. In May 2021, the Hollysys Northwest Headquarters Base project broke ground. Now, the No. 7 building of the project has been capped, and the No. 5 building will be capped soon. The overall project will be completed in September next year.

“From project approval to construction, everything went very smoothly.” Long Yufan said, “Many documents such as the “Construction Land Planning Permit” and “Construction Project Construction Permit” were all completed within one day, providing the project construction strong guarantee.”

The smooth progress of the Hollysys Northwest Headquarters Base project benefits from a series of institutional innovations in Xi’an High-tech Zone. On April 1, 2017, Xi’an High-tech Functional Zone of Shaanxi Pilot Free Trade Zone was officially listed. In the past five years, Xi’an High-tech Functional Zone has actively served and integrated into national strategies such as building a new development pattern, the “Belt and Road” initiative, and a new round of western development. , focusing on the transformation of government functions, financial openness and innovation, investment and trade facilitation, and building a new open economy system. , The city has strong demonstration and leading institutional innovation achievements, contributing “high-tech experience”.

For example, Xi’an High-tech Functional Zone has innovatively introduced mechanisms such as phased processing of construction permits, regional assessment, “standard land + commitment system” land supply and vacancy-tolerance approval, commitment filing, multi-assessment integration and other mechanisms, and implements 100% guarantee for industrial project land, 100% of the key projects are approved as agents, to maximize the optimization process and improve the approval efficiency; take the lead in the province to launch reform measures such as “cross-regional general handling”, “cross-provincial general handling”, and “one thing at a time” to promote government service matters” “Online”, the realization rate of online office is 95%, the rate of online office is 70%, and 99% of the items run at most once… 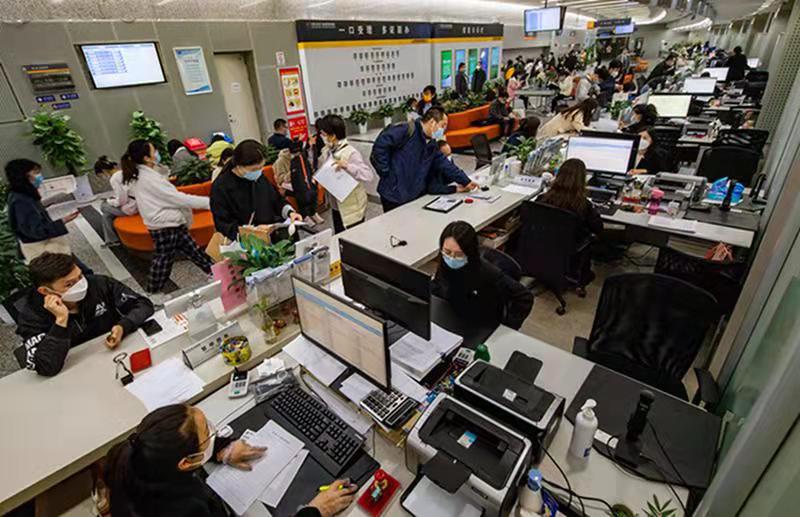 Data shows that over the past five years, Xi’an High-tech Functional Zone has accumulated 330 institutional innovation achievements, covering more than ten fields such as government function transformation, customs clearance and trade facilitation, financial innovation and opening up, engineering construction project approval reform, industrial integration development, and technological innovation. , the quantity and quality are in the forefront of the city. Among them, 4 reform and innovation achievements including “Technical Managers’ Whole-process Participation in Scientific and Technological Achievements Transformation Service Model” have been replicated and promoted nationwide by the State Council and national ministries and commissions, and 13 reform achievements including “New Customs Outbound Dangerous Goods Packaging Supervision Model” have been replicated throughout the province promotion. Especially since 2021, Xi’an High-tech Functional Zone has strengthened integrated and systematic institutional innovation and achieved fruitful results. It has been rated as a unit with remarkable achievements in reform and innovation by the provincial government.

The upsurge of technological innovation is surging

The Beijing Winter Olympics have quietly gone, but the high-tech elements in Xi’an that bloomed at that grand event are still highly praised. The independent research and development results from Nova Nebula, a technology enterprise in Xi’an High-tech Zone, created an ethereal and romantic artistic feast for the opening and closing ceremonies of the Winter Olympics, presenting a stunning visual effect. Its single-port 8K control technology provides technical support for more than 20 8K LED display giant screens across the country, allowing audiences to have an immersive ice and snow experience even without the scene.

This “appearance” at the opening and closing ceremonies of the Winter Olympics is just a masterpiece of Nova’s display control. Since the start-up team overcame technical difficulties in 2008, broke the monopoly of foreign technology, and lit up the main background screen of the “Pangu Grand View” of the Beijing Olympic Games, Nova Nebula has continuously strengthened technological research and innovation breakthroughs in Xi’an High-tech Zone, making its products and Technology is frequently on the stage of the Olympic Games and many of the world’s top events.

The success of Nova Nebula is by no means unique in Xi’an High-tech Zone. As the source of the concept of “hard technology”, Xi’an high-tech functional area has been focusing on the strategic positioning given by the state in recent years, superimposing the construction of Qin Chuangyuan’s innovation-driven platform and the construction of hard technology innovation demonstration zone, promoting the integrated development of innovation chain and industrial chain, and actively creating technology Innovation + high-tech samples of free trade experiments, and the emergence of China’s first IoT core chip, the first global wireless communication security international standard, China’s first commercial satellite and other amazing scientific and technological achievements, let the world see The scientific and technological strength of Xi’an High-tech Zone.

In the past five years, the financial service system with its distinct characteristics in Xi’an High-tech Functional Zone has also been gradually improved, and financial innovation has made every effort to serve the high-quality development of the real economy. Its carefully researched and promulgated “nine science and technology innovation policies”, “ten policies for listing”, and the “1+3” implementation plan for promoting Qin Chuangyuan’s construction have provided strong support for the development of science and technology enterprises. Since the implementation of nearly 60 financial guidance policies including loan interest discounts, technology insurance subsidies, listing incentives, equity investment incentives, etc., the cumulative cash has exceeded 1 billion yuan, benefiting thousands of technology companies in the region. 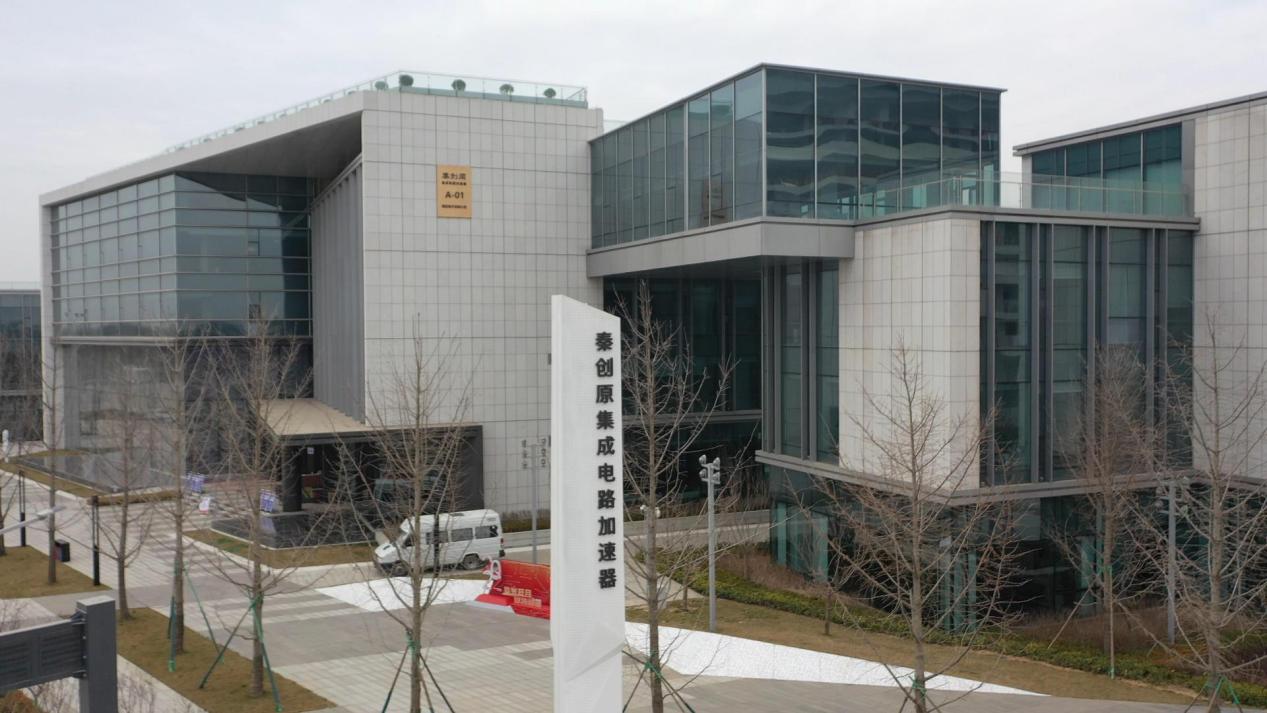 Relying on these technological innovation enterprises, the industrial development of Xi’an high-tech functional zone is not only more dynamic, but also has a more significant agglomeration effect. Today, the “55611” modern industrial system led by the five dominant industries of optoelectronic information, automobiles, intelligent manufacturing, biomedicine, and new materials and new energy has gradually formed. Especially in the past five years, the high-tech functional zone has also based on the overall plan and overall objectives of the pilot free trade zone, digs deep into the factor endowment, makes good use of its comparative advantages, and vigorously implements the action of “strengthening the chain, supplementing the chain, and extending the chain”. It has created a number of hundreds of billions of industrial clusters such as optoelectronic information and automobile manufacturing, which has injected surging power into Xi’an’s industrial development and real economy, and helped the regional GDP jump to the 260 billion yuan mark.

Today, in the fertile free trade “experimental field” of Xi’an High-tech Functional Zone, technological innovation and industrial development are still advancing in unison, laying a more solid industrial foundation for the construction and development of the province’s free trade zone.

Intel Xi’an is Intel’s largest design and R&D base in China. It conducts collaborative R&D with Intel’s R&D centers in Germany and India. The required samples and materials require frequent and rapid entry and exit. The speed of customs clearance directly affects the company’s R&D progress and R&D task acquisition.

The pilot mode of integrated circuit bonded testing research and development outside the customs special supervision area implements bonded supervision of integrated circuit service trade. After filing the processing trade manual, the enterprise can directly handle the customs declaration business at the port. After the testing materials are included in the processing trade bonded supervision, the customs allows the enterprise In the state, the goods are transferred to domestic downstream enterprises through self-transportation, packaged and then exported to overseas.

Under this pilot mode, Intel’s customs clearance time in Xi’an has been greatly reduced from 2 to 3 working days to less than 2 hours, and the customs clearance time has been increased by nearly 95%. At present, the Shaanxi Pilot Free Trade Zone has expanded the scope of the pilot from an Intel company in Xi’an to the entire integrated circuit industry, and once again to biomedicine and other technological innovation industries, further promoting the facilitation of investment and trade, and improving the Xi’an High-tech Zone. open level. 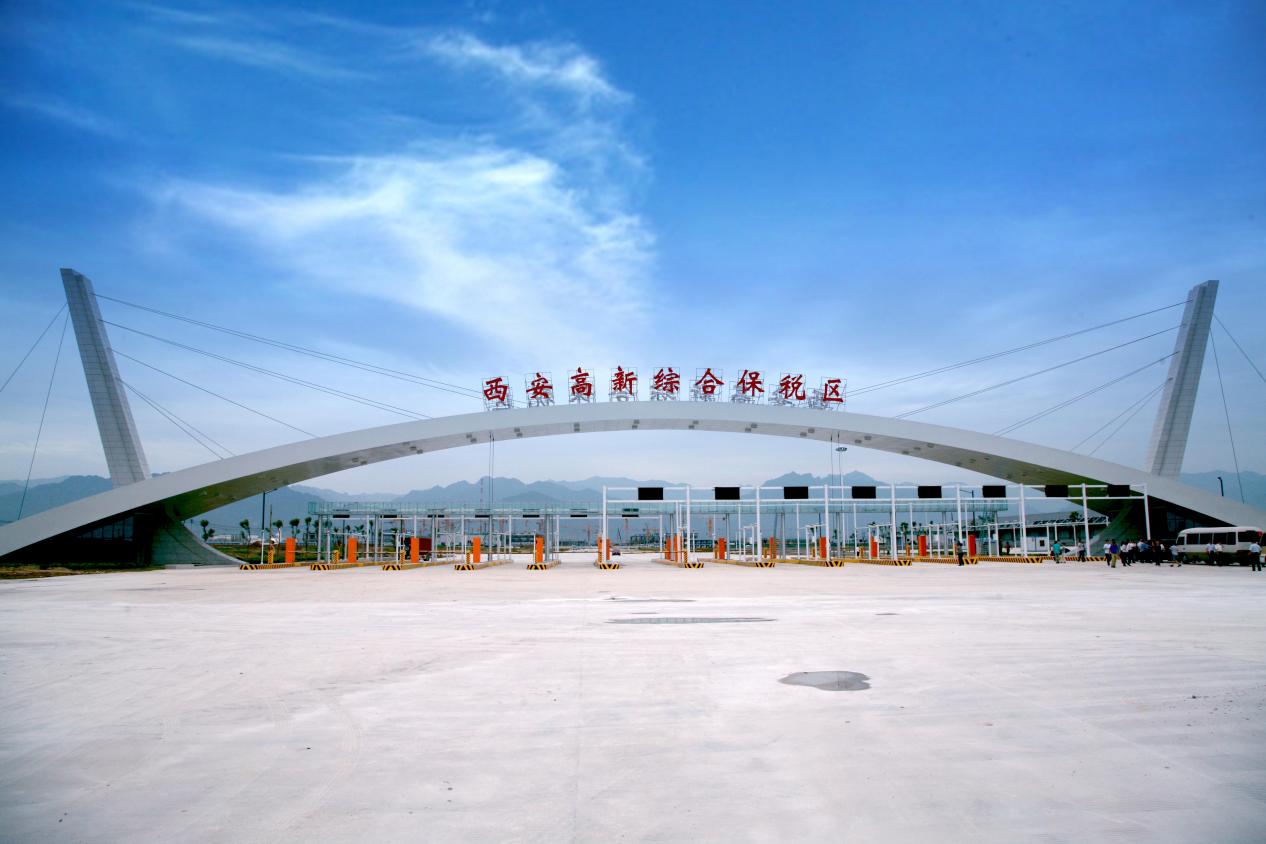 As the “main battlefield” of the Shaanxi Pilot Free Trade Zone, it is the incumbent responsibility of Xi’an High-tech Functional Zone to take the lead in promoting investment and trade facilitation and building an open economy, so as to accumulate experience in reform and opening up for the whole country and the whole province. In addition to conducting pilot research and development of integrated circuit bonded testing outside the special customs supervision area, Xi’an High-tech Functional Zone has also successively launched “advanced area, post-customs declaration”, “batch entry and exit, centralized declaration”, “cross-customs area circulation” and “digital intelligent customs service system”. and other facilitation measures to further reduce the customs clearance time by more than 75%.

At the same time, Xi’an High-tech Zone will build a national cultural export base, promote the in-depth integration of culture, technology, finance and trade, and successively hold global More than 100 international events, such as the Hard Technology Conference, the “Belt and Road” International Forum on Automotive Industry Development, the “Belt and Road” International Fashion Week, and the Eurasian Economic Forum Science and Technology Branch, have settled in international open platforms such as the Shaanxi Silk Road Cultural Exchange Center. , increasing China’s industrial standards, industrial culture, and industry norms to go to countries along the “Belt and Road”, effectively boosting the people-to-people and cultural exchanges and economic and trade cooperation in the Pilot Free Trade Zone. The data is silent, but the most convincing. In 2021, the total import and export volume of Xi’an High-tech Zone will reach 310 billion yuan, and the actual utilization of foreign capital will complete 3.97 billion US dollars.

Standing on the important node of the fifth anniversary of the establishment of the Free Trade Zone, Xi’an High-tech Zone will continue to uphold the original intention of serving the national strategy, leading the opening of the province, supporting the construction of the national central city, and boosting the high-quality development of the high-tech zone, and adhere to the highest international standards. , continue to carry out the exploration and reform of institutional opening, and build the high-tech functional area into a leader in the new highland of the country’s open economy, an important carrier of national strategies such as the “Belt and Road”, an innovation-driven, and a new engine for high-quality economic development. Practitioner of “four high-tech” construction.